Vision-2020 is a project of Life Media Group LLC

We are a Morgan Hill, CA based small business with a vision to impact the world for the sake of humanity. Vision-2020 is a grass-roots effort. We hope to grow into a world-wide movement one supporter at a time.

Life Media Group LLC was started on Jan. 1, 2013 as a media experiment in hyper-local quality-of-life news. It’s Co-founders, Marty Cheek and Robert Airoldi had a vision to protect and preserve a local fee press, and equip the public with factual, truth-based and transparent news from the beginning. Morgan Hill Life’s first issue was published June 26, 2013 and Gilroy Life’s first issue came out June 29, 2016. Both newspapers are free and mailed by the U.S. Postal Service to every home and business in their communities. Gilroy Life goes to 21,670 post boxes and Morgan Hill Life goes to 18,506 post boxes.

Life Media Group holds fast to its commitment to protecting and enhancing local media as a service to connect the people of South Silicon Valley, CA and inform them about government-related issues that impact their lives. In June 2019 they were recognized as a 2019 California Small Business of the Year by the California Small Business Association.

“Increasingly with the loss of local daily newspapers, we’ve lost that important connective tissue that keeps our democracy vital,” California State Senator Bill Monning stated as he presented Cheek and Airoldi with the award. “The service Life Media Group provides in Morgan Hill and Gilroy is that connective tissue. The newspapers are vital in the maintenance of an informed public.” Monning stated.

Life Media Group has demonstrated its commitment to the community by engaging residents and businesses of the South Valley with news stories and op-ed pieces to take action to protect their quality of life since it’s inception.

“The work Life Media Group LLC is doing to provide current events, profiling local heroes, sharing a platform for people to share their ideas and opinions, is immediately verifiable, and is the authenticity that it’s locally created.”

Monning expressed concern about the verbal attacks on members of the press by some people, including trying to destroy public trust for news media organizations by labeling their reports as “fake news” if they put an unflattering light on them.

“It’s disrespectful at one level and it’s very dangerous at another level,” he said. “The historical precedent of vilifying the media was the Nazi regime prior to World War II and the Holocaust.”

Cheek expressed to the senator his concern about the state of American news media.

“If we lose our free press, God forbid, then we’re going to see a decline in our democracy, and that will lead to anarchy and that will cause a lot of problems in our economics, and politics and society,” he said. “But I also see the potential good of what media can do. The power of media shapes the social will. The social will pushes the political drive. The political drive creates the policies and laws that impact a community, hopefully in a good way. Local newspapers like Gilroy Life and Morgan Hill Life play a vital role in local communities.

Marty Cheek is the co-founder of Life Media Group LLC and publisher of Morgan Hill Life and Gilroy Life newspapers. He is also the co-author with Congressman Jerry McNerney of the book Clean Energy Nation: Freeing America From the Tyranny of Fossil Fuels.

Robert Airoldi is the co-founder of life Media Group and editor of Morgan Hill Life and Gilroy Life newspapers. Contact Robert with questions or comments anytime.

“The promise of 1776 goes far beyond the borders of our American nation. That promise has impacted the lives of billions of people throughout the planet who have the hunger of hope for lives filled with freedom. I believe that promise is worth protecting.”

Life Media Group LLC seeks a world where news and information empower humanity to create lasting change. An independent free press will ensure transparent governments that serve humanity, and effect lasting changes we need if our human family is to survive and thrive in the future. 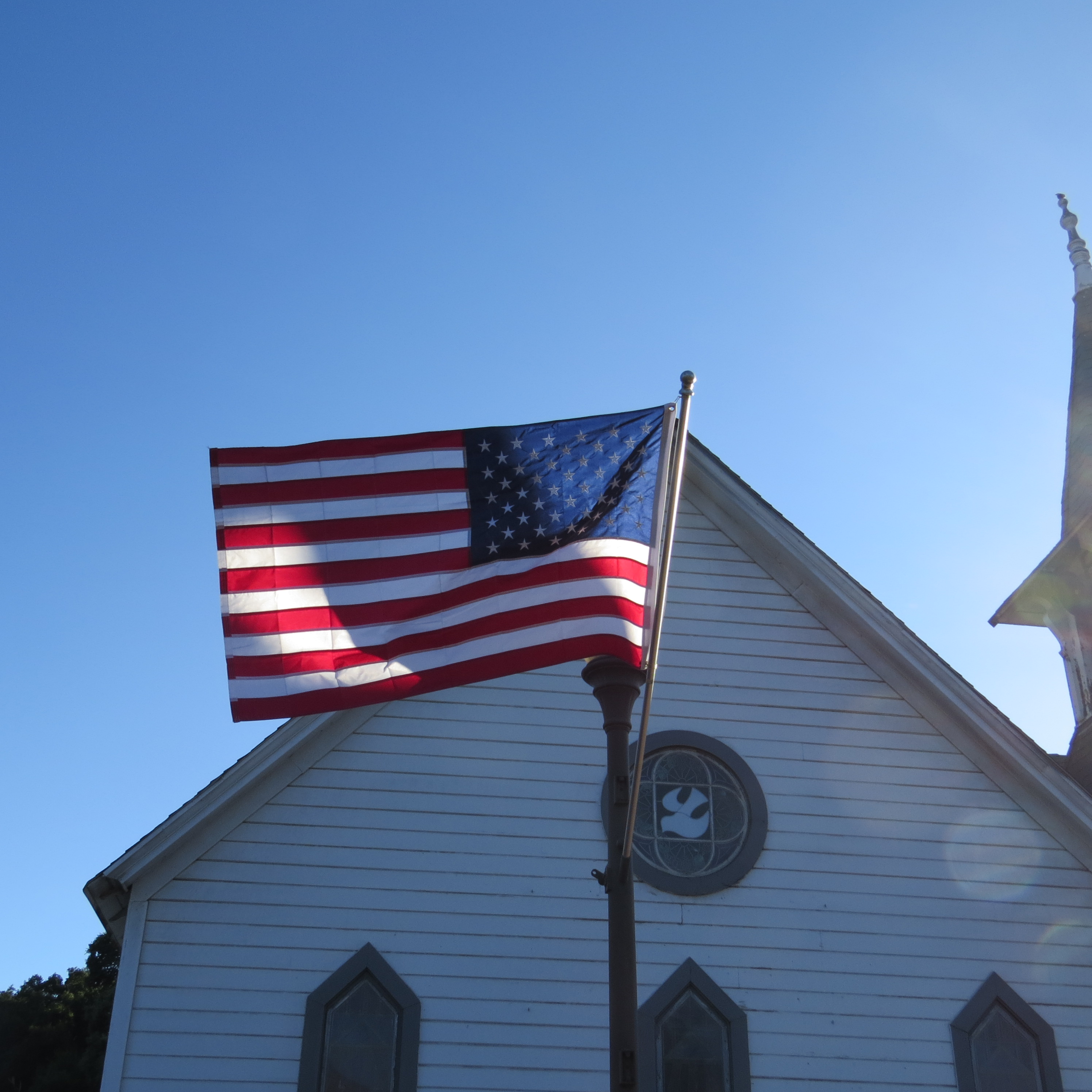 It starts with you

“Be the change you wish to see in the world” is a quote accepted to be attributed to Mohandas (Mahatma) Gandhi. His life and selfless service to others will forever serve as an example in the highest order of what it means and looks like to be in service to humanity. However, Gandhi never actually uttered these words. The quote actually originated from Arleen Lorrance circa 1970. At the time, Lorrance was a teacher at a Bronx high school. She was inspired to make a difference and soon had the six principles of her Love Project. The principles were put into effect, and by the end of a seven month period, the school was transformed from a center of violence to one of love, healing and learning. The exact principle is;

“Be the change you want to see happen, instead of trying to change everyone else.”

Gandhi wrote something vaguely similar in 1013. Which is why this famous quote has likely been mashed with his. The result is wide spread acceptance of an untrue and innacurate fact. This is just one small example of what media can do; shape the conciuosness of the masses. The good news is media can also rectify past innacuracies, and with truth and integrity, set the record straight. Gandhi’s 1913 quote was;

“If we could change ourselves, the tendencies in the world would also change. As a man changes his own nature, so does the attitude of the world change towards him…”

In our opinion, Gandhi’s reputation is not affected in any way. Yet we are pleased to join those in the media who correctly attribute the quote to Lorrance. We also acknowledge the sources we used in our research; the quote investigator and the conciousness network (please visit both sources for further reading). In the spirit of Mahatma Gandhi, and by the principle discovered by Lorrance, you always remember to…

“Be the change you wish to see in the world.”

“If men are to be precluded from offering their sentiments on a matter, which may involve the most serious and alarming consequences that can invite the consideration of mankind, reason is of no use to us; the freedom of speech may be taken away, and dumb and silent we may be led, like sheep, to the slaughter.”

“Were it left to me to decide whether we should have a government without newspapers, or newspapers without a government, I should not hesitate a moment to prefer the latter.”

“Freedom of speech is a principal pillar of a free government: When this support is taken away, the constitution of a free society is dissolved, and tyranny is erected on its ruins. Republics and limited monarchies derive their strength and vigor from a popular examination into the action of the magistrates.”

You! Vision-2020 needs the support of individuals just like you who care about the quality of life for themselves, their families and community, and all other people on our planet – including future generations. It requires a critical mass of people to support the movement.We are calling all people who deeply care about saving our global civilization and want to give humanity the opportunity to not only survive but thrive into the far future. Your voice, a shared vision, a brighter future for all mankind.

To protect our democratic institutions and ensure that we preserve our First Amendment rights of a Free Press, America must bring integrity back into mass media. That’s a key component of Vision-2020. Life Media Group wants to achieve this by building itself as a human-benefit company that is not focused on making a profit for stockholders or owners but instead using technology to promote media content and distribution that protects and enhances the quality of life in communities around the world to benefit the human family.

The paramount reason is for the survival of the human family. We can continue going down the same path we have been following and face a future of a dystopian world where global industrial civilization can no longer be sustained, causing humanity to decline into savagery and violence. Or we can make real the endeavor of saving our civilization and keeping the human race safe from extinction by achieving a new Age of Enlightenment for all humanity.

We have a window of opportunity of between 10 to 12 years window to take real action to build the foundation of Vision-2020 and start reaping its rewards. Life Media Group has developed a timeline to provide milestones for Vision-2020, and it has already began. July 4, 2019 We introduced Vision-2020 by launching the website and social media platforms to invite all people everywhere to join this human-benefit movement.

A movement to transform the world must start somewhere. We decided to launch Vision-2020 locally in the southern region of Silicon Valley where Life Media Group is headquartered.  We have used two newspapers – Gilroy Life and Morgan Hill Life – to test out the concept of media innovation to transform local society, politics, economics and culture. We envision a grass-roots movement with people in California and across America joining the movement and supporting Vision-2020. With America leading the way, we know people from all nations will embrace the idea of uniting to create a better world for all humanity.

Vision-2020 needs the support of individuals who care about the quality of life they and all other people on our planet, including future generations. It requires a critical mass of people to support the movement. We believe that our world is filled with people who believe in taking positive social actions to protect the future of the human family as well as engage in the fun and effective activities we plan to create to encourage Vision-2020 participation. These are people who deeply care about saving our global civilization and want to give humanity the opportunity to not only survive but thrive into the far future.

what kind of world do you want?

You will be counted as a #heroforhumanity and have an opportunity to share your voice on our supporters page.

Thank you for your support of Life Media Group, LLC’s Vision-2020!